Broadcast your ride on the Community Radar, view it on any device

Publish your rides and meet your friends on the Whistle Board

Experience a train driver’s operation at the highest level of realism possible in Train Simulator on any route with ease. Drive real schedules, in real time, in a multiplay style on the Community Radar with spoken announcements.

ThirdRails Map Tool is a free live map tracker for the Dovetail Train Simulator game. It follows your train on beautiful maps so you always will know your whereabouts.

View your ride on top of the game, your second screen, or as an out-of-the-cab experience via your cellphone or tablet using a webbrowser. You are able to add your own Point-Of-Interests, real life station, line speed and signal information to the map supporting HUD less driving.

TRM extends TS gameplay with TS Drives and Real Drives, it logs your ride to the Whistle Board and offers a kind of multiplayer feature by means of the Community Radar (more info below!).

Do you have an idea, suggestion, improvement or bug?
Let us know, and we will try to build in your idea or feature.

Do you have a question, or want to know how things work?
Visit the Learn page on this site, you will find here a Q&A, tutorials and other infos.

Still not sure? Contact us by e-mail, steam community or one of the other social channels and we will try to help you out! 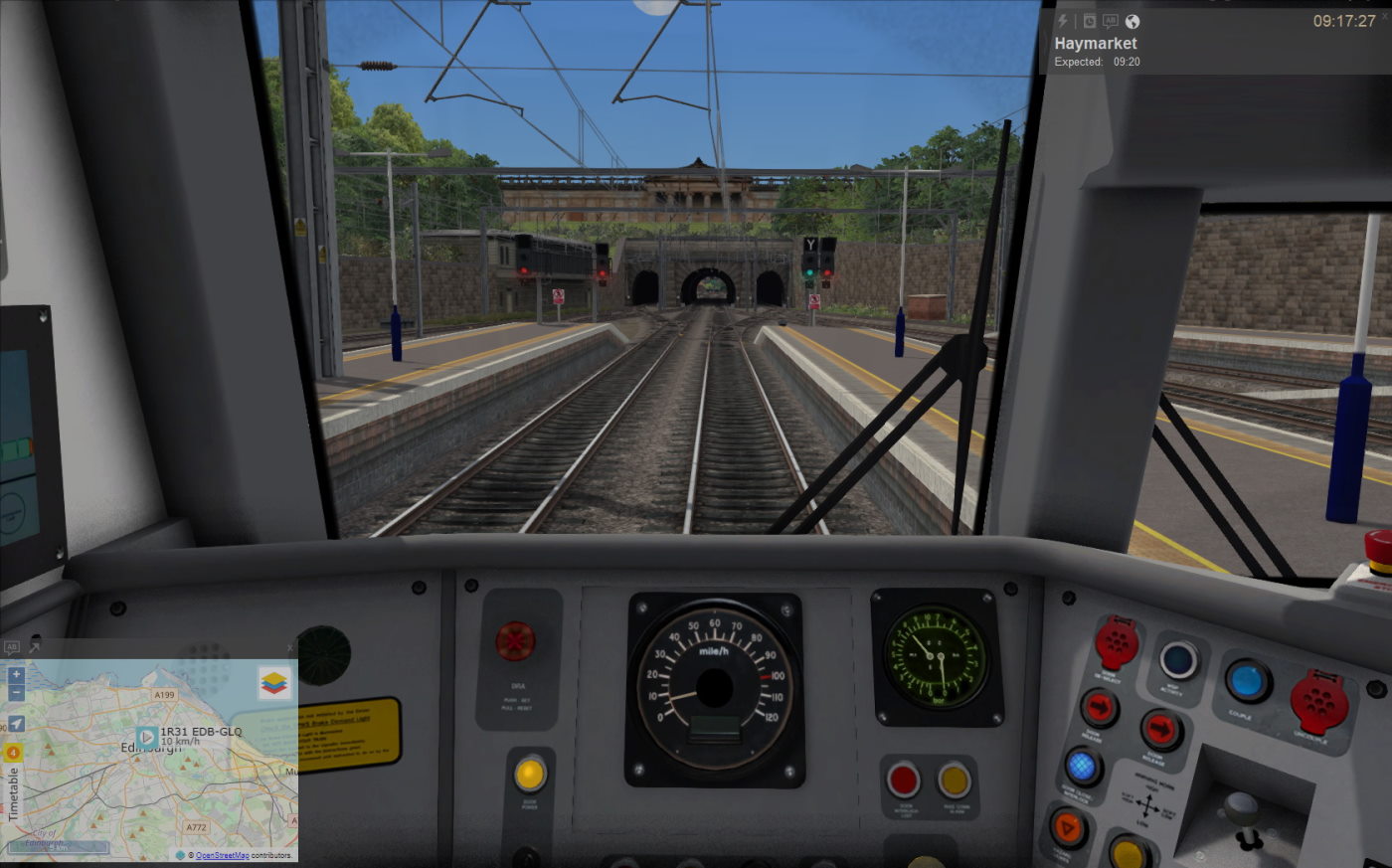 More media on our Youtube Channel and Twitch Channel

ThirdRails is much more then a tracker and route explorer, with ThirdRails you can enhance your Train Simulator GamePlay by a magnitude!

With TS Drives you can pick up a TS Career or Standard scenario using the integrated TS catalog reader and drive those scenario's using ThirdRails HUD.
Communicate with other drivers on the Community Radar, get spoken announcements in any language. Enjoy the HUD radar with additional track information and post your rides to the Whistle Board to inspire other drivers. 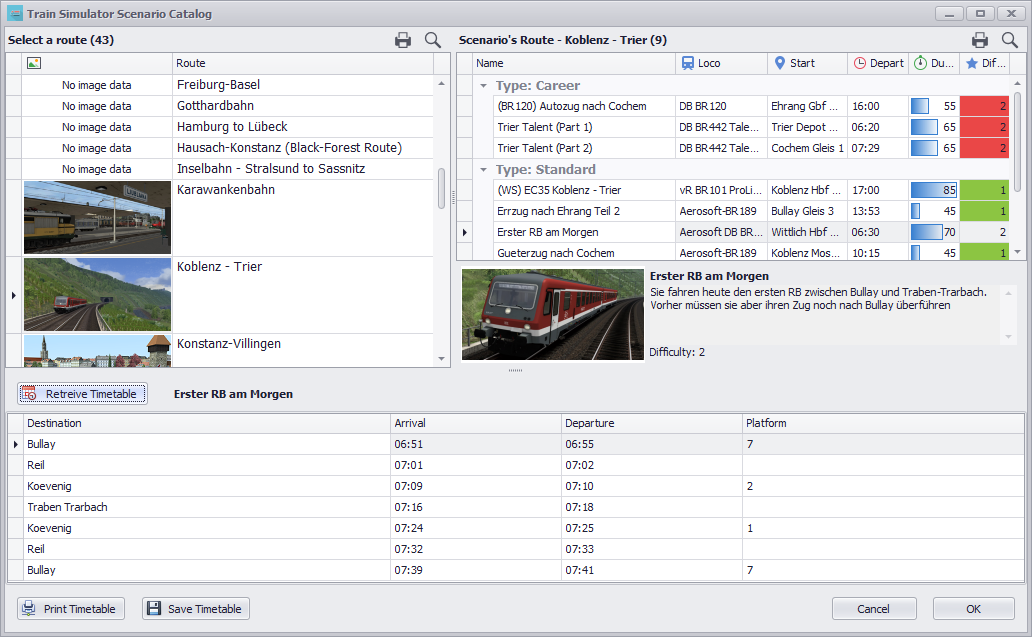 With ThirdRails Real Drives you can ride a real live service, in realtime, simultaneously with the real service by picking up a timetable with a single click, provided by industry leading timetable providers across Europe and the UK.
This literally offers an infinite number of scenario's at your finger tip for you to play, in a Quick Drive, or Freeroam scenario. No more simply driving from A to B in Quick Drive or Freeroam scenario's!

Along with that, you can get spoken announcements on any route / scenario, again with a single click using the provided GSM/Ebula device. All languages are supported as long as the Windows Speech System has a voice available in that language. (Englisch, German and Dutch are natively supported, for other languages you can provide your own translations.) 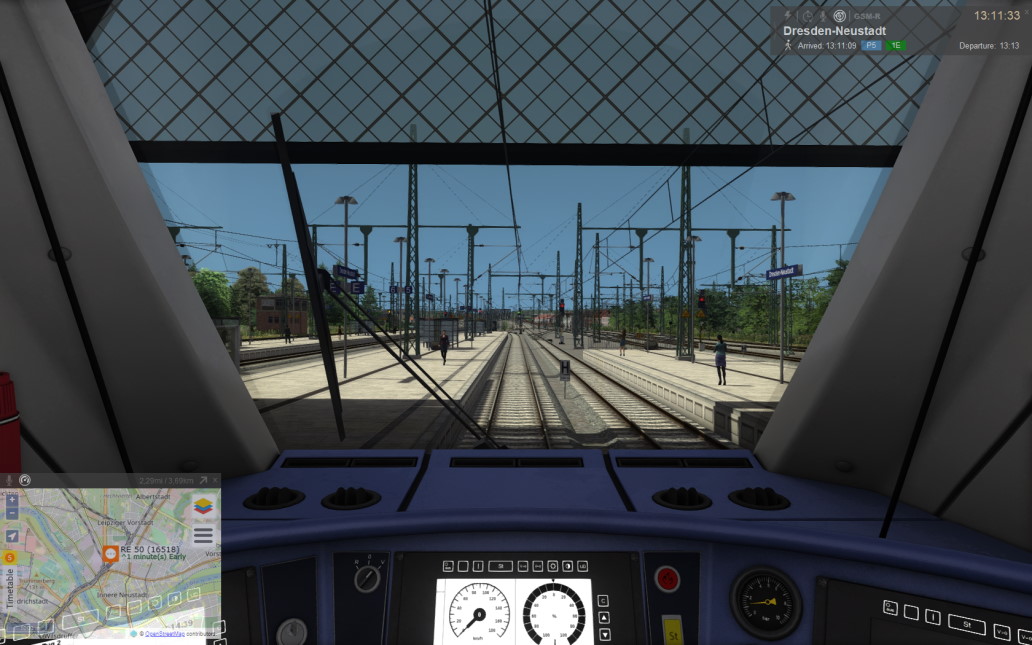 To be honest, it doesn't get more realistic than this, does it?

ThirdRails Radar adds the much requested, multiplayer feature to TS, by means of the Community Radar, offering ways to broadcast your realdrive, connect and communicate with other drivers.


Step in a world of simulation and meet your peers!

With ThirdRails Whistle Board Train Simulation goes social!
Build your driver profile by collecting data per ride. Connect with your friends, and compete for the weekly KOM (King Of the Miles).
Learn and explore new routes and scenario's.
Get unlimited insights in your performance from your personal logbook using your own designed dashboards.

Inspire and get inspired! 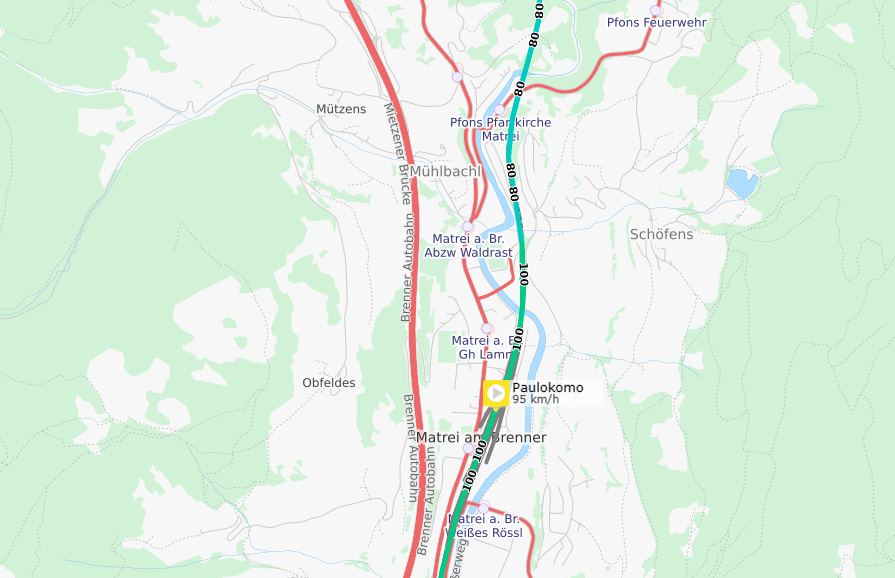 With the Map Tool you can track your ride, offering: 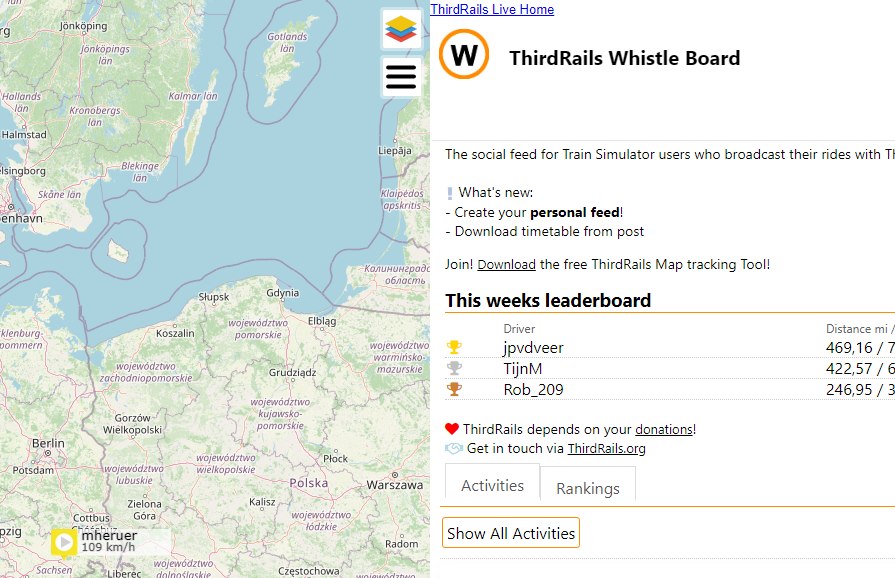 Broadcast your ride to the Community Radar and interact with other drivers: 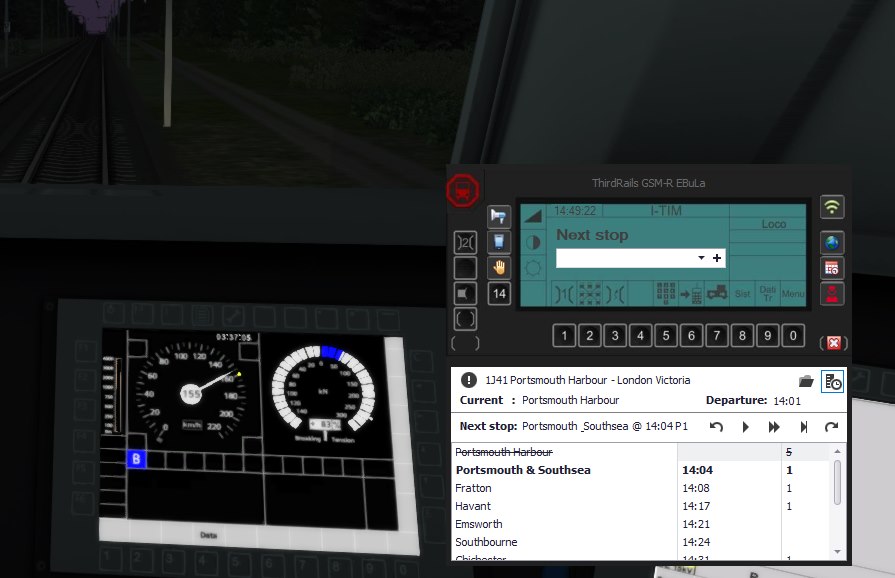