ThirdRails has an excellent announcement system for spoken announcement based on the Windows Speech system. Therefor any language is supported, as long as there is a voice available for the language. Beside that we integrated Windows Media Player so that you can use alternative sound files for Announcements.
Announcements can be automated using POI's.

Timetable Announcements are automated, fixed announcements for timetable actions like Next Stop, Approaching and Calling At.
For three languages the texts are implemented, those are Englisch, German and Dutch. For those Voices it works out of the box. For other languages you will have to make your own translations using the Announcement Builder.
With the builder (Menu Tools-Announcement Builder) you can add multiple configurations for any language, including the three supported.

For use of timetable please consult the The Art of Timetabled Rides tutorial. 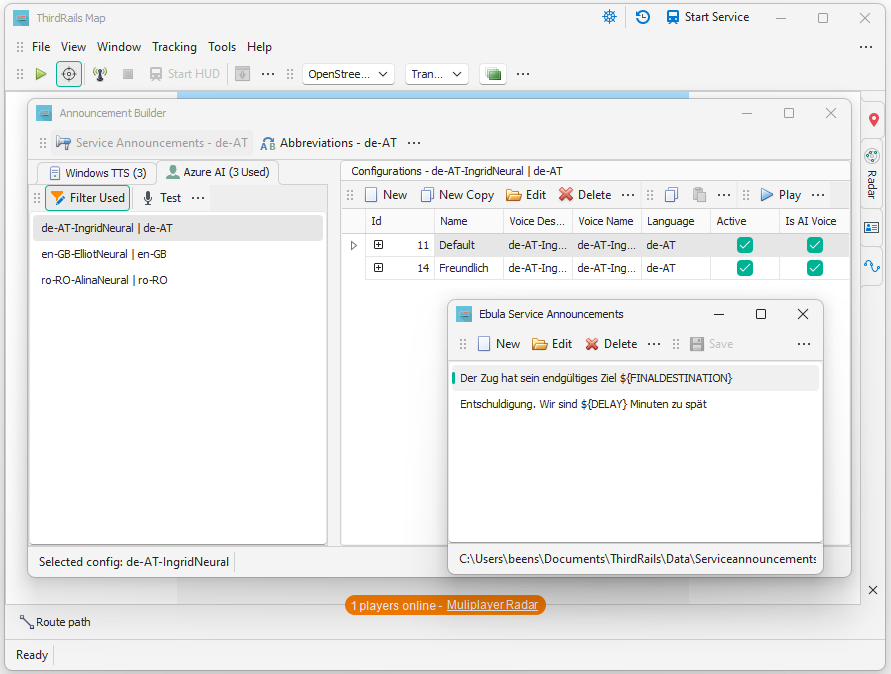 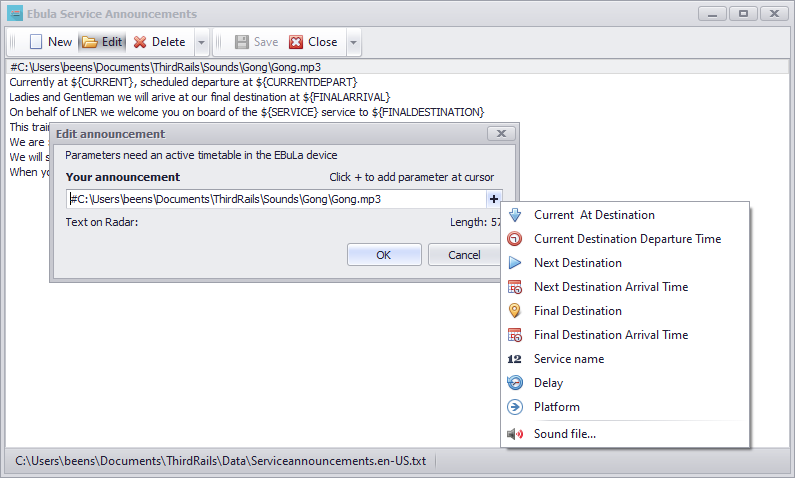 You can add Announcement POI's to the map. When adding you can select announcements from the active culture file. Save announcements to a project for later use.
During driving announcements will be played automatically when you pass them. 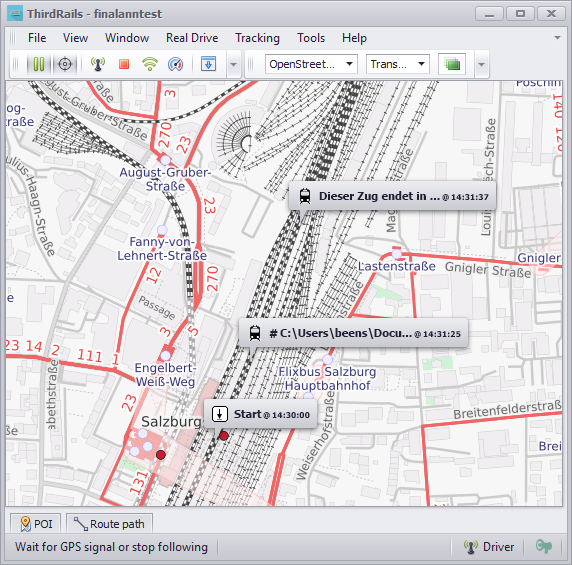 Using sound files
Instead of a Spoken Announcement from the Voice you are able to play your own sound files like MP3, WAV etcetera, To do this, use the + button to select your file or type in the filepath with # as prefix.
This is ideal for additional Train- and Station Announcements.